The Misconceptions About Rainbows! 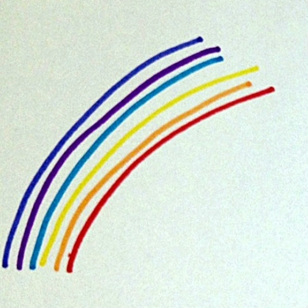 What are the colors of the rainbow?


Since kindergarten many of us have learned that there are seven colors in a rainbow. Some students even come to kindergarten with “prior knowledge” about rainbow colors (Durbin, Picket & Powell, 2011). The pneumonic ROY-G-BIV is known to help people remember the order of rainbow colors – red, orange, yellow, green, blue, indigo, violet. Only  two out of eight participants mentioned ROY-G-BIV but even upon mentioning it, they did not draw their rainbows with those colors or in the order that the colors are actually refracted. And   another participant mentioned white light and the color spectrum. The   other five participants (all adults) just had a “feeling” about how the colors should   go or how they looked good. 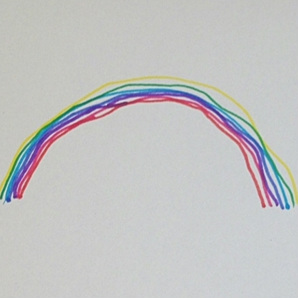 Surely, when Sir Isaac Newton “speaks”, everyone listens. But, the exact number and specific colors is actually quite arbitrary, since far beyond what we can perceive, “there are more colors in a rainbow than there are stars in the Universe or atoms in your body.” 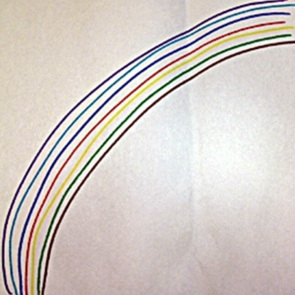 Most people are not confused by these tales and are familiar with the appearance of a rainbow, but do not fully understand how a rainbow forms. The interviewees enjoyed their concrete representations of a  beautiful  natural phenomena, and while some knew and referenced the word spectrum, most did not. Many of our interviewees remembered something about "light bending" or "refraction" or "reflection" of sunlight. However, they did not have the academic language, scientific terms or specific knowledge (i.e. the location of the sun, the rainbow and viewer) to explain the physics of rainbow formation. 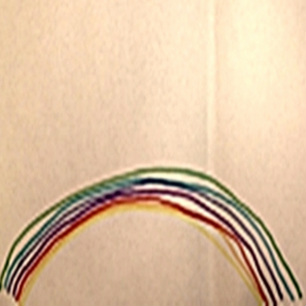 The lower the sun is in the sky, the more of the full circle you will see. A
viewer will also notice the red color of a rainbow is on the outside of the
curve while the blue color is on the interior of the curve. Depending on where
an observer stands, only the “blue” part of the spectrum is  visible from
certain drops of water and only the "red" part of the  spectrum is visible to
the observer from other drops/bands of water. Each observer will see the "same"
rainbow completely differently depending on where he/she is viewing the rainbow.
Although rarely seen, a rainbow is a full circle of colors.  When viewing a
rainbow, we only see a small portion of that circle  creating the appearance of
an arch.      This is how all our interviewees  drew and described their
rainbows.